As of April 30th 2012 The Community Based Water Program has been Completed
Posted by MCC of Dodoma at 6:44 AM No comments:

Posted by MCC of Dodoma at 1:17 AM No comments:

It is raining SAND!! We are so thankful for the rains that came in December of last year. Dodoma saw 17 days of rain fall and our sand dam sites saw tremendous amount of rain. So much so that the sand river are quickly maturing. Usually, it takes about 3 to 4 raining seasons for a sand dam to mature.  Well, it has only been one month and the dams are already filled with sand. What a blessing!! ( Please see photos posted below).
﻿
﻿ We are now really encouraging the groups to take full advantage of the sand dam by preparing gardens along the banks of the sand rivers, and to plant trees. So far, over one thousand fruit and ordinary trees have been planted at 4 sand dam sites.  Preparation is underway to conduct one Farming God's Way training session at our newest site, Chololo.

Praise the LORD! He sent the rain early. ASANTE MUNGU!!

It has been since the 1st week in May 2011 that Dodoma and it's surrounding semi-arid areas had experienced rainfall. Well, We want to say thanks to all our supporters and those who  were praying diligently for the LORD to send the rains. He did!! and we are thankful. The 1st rain came on November 7th, 2011. Even though it rained  for only 1 day, but the dams have already captured so much water ( Please see pictures below).
Our newest village ( Chololo) is still waiting for the rain.
Note: Please double click pictures to enlarge 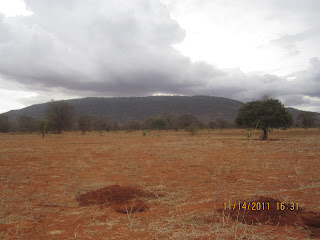 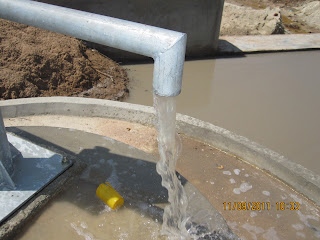 Water from the well pump at Kawawa, Zuzu 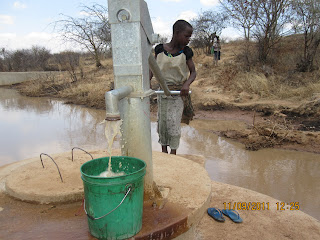 A young girl getting water from the Sejeseje well in Chididimo 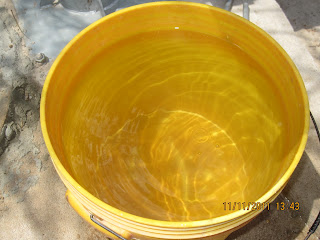 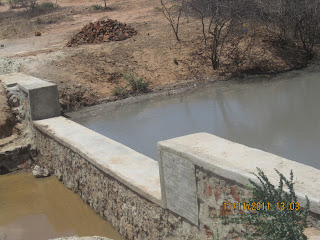 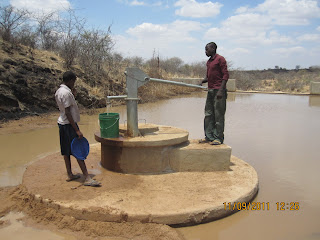 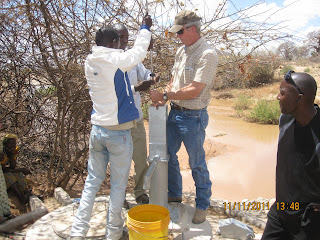 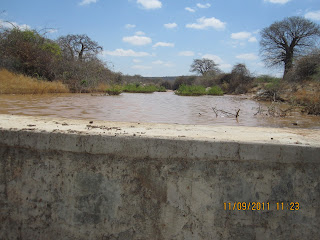 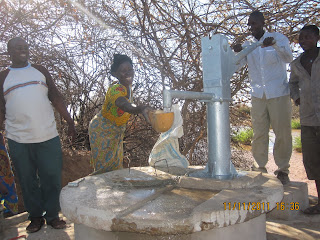 Woman smiling pricelessly as she gets water from the Soweto well

This village is located about 46km out side of Dodoma town (15 km from the Dar el Salaam road)
Population: 4,000
Water sources: 2 sand rivers where water is collected by digging about 3 or 4 meters in the sand. The water from the sand rivers come in late November (beginning of the short raining season) and is usually dried up by  late June, leaving people to travel about 5-8 km to the nearest water source (a well pump) .

· They have a bore hole but it is not working due to the old infrastructure.  It was  built in 1972 but has not been working since 2006. Need 11 million tsh (6,500 usd) to fix. Have a donor who will contribute 8 million and village needs to contribute 3 million (2,000 usd).
·Have a well at Jamhuri but it goes dry during the dry season.
·Working with other partners in water Ahamadia, Wana, and a Muslim organization.
Why do they want a sand dam?
·Because they need water throughout the year.
Crops that are grown:
﻿
﻿ ﻿ 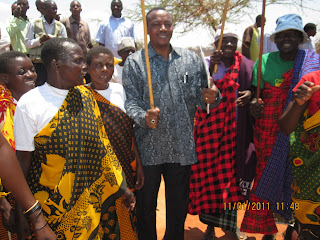 Bishop Amos Celebrating with the people of Chololo 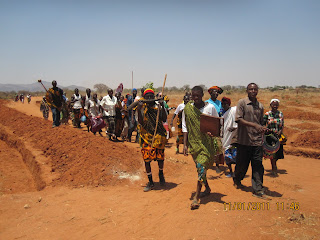 Celebration walk and Dance to the Site
﻿
﻿

Hello everyone,
So much has been happening in the life of the Community Based Water Program since May 2011

On June 13th, 2011 we worked with 3 new community groups to construct and complete 3 sand dams and 3 wells. We were very impressed with the commitment level of the 3 new groups. They worked effortlessly to complete this task.  To date, the groups are very much anticipating the rains that are due to come in late November-early December. Since the first week in May, Dodoma and it's surrounding villages  have seen no more rain fall. We are now in our driest time of the year.
Note: It takes about 3-4 raining seasons before the dams will mature. 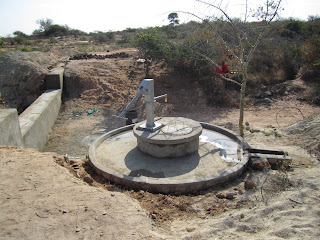 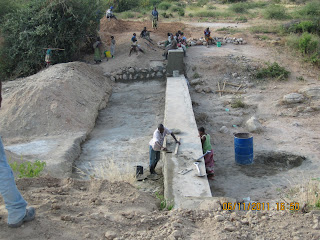 FARMING GOD'S WAY KICK OFF ON TIME THIS YEAR!

Our  lead trainer this time was Graham Stevenson from Arusha, TZ.  Graham has been Farming God's Way for 3 years now and has seen great results on his Farm. He was willing to come and share what the Lord has been teaching him with the local farmers and people in Chididimo and Zuzu villages of Dodoma, TZ.
The seminar was held from September 26-October 1st 2011. We are also happy to have Victor Jonathan on our team. Victor is a graduate from sokoine university in Morogoro and is doing his first internship work with us. Victor also led some of the discussions during the Farming God's Way seminar. 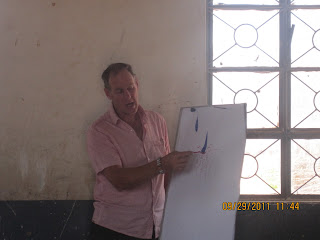 Graham Stevenson(makofia) teaching FGW
Posted by MCC of Dodoma at 3:29 AM No comments:


We have been working with three new self-help groups this year building sand dams. Two of the groups are from the sub-villages of Zuzu; Kawawa and Soweto. Their group names are Umoja which means unity and Vumilia which means to be patient. The third group is a sub-village of Chididimo and their group name is Chijendelele na Mlimo which means 'to continue to work' and is downstream from the two sand dams we built last year.


I have been away at language school for the last seven weeks near Iringa. When I left, the self-help groups were just signing their MOU's and had not started any work on the sites yet. The sites were selected however as Ben from SASOL was here the week before I left to conduct the surveying of the sites.


When I returned from Iringa I was in for quite a surprise! The three groups had completed most of the terracing and planted over 1,100 between them . Some of the terracing cannot be completed until the sand dam and well have been completed. They had also collected large piles of rocks (but still need to collect more) and completed most of the trench digging for the sand dam! I was amazed at how quickly they could get all this hard, laborious work done. And it is all done by hand with pick axes and shovels.


This week the cement and rebar will be delivered to the sites and the self-help groups will start the actual construction of the sand dam. Eliude arrived from Kenya late last week and is here from SASOL to teach the local masons (each group must have at least one mason) and our mason, Shomari on the sand dam construction.


I have spent a lot of time the last few weeks taking pictures so here is a selection of them for you. They will give you a much better idea of what has been accomplished in the last two months.

Slideshow: Construction of a Sand Dam

The MCC Sand Dam Project in a Nutshell

Sand dams are small, low-tech dams that are built in areas with seasonal rivers (rivers that flow only after rainstorms), and work by slowing down the flow of water during and after the often intense rainstorms here. They work best in regions with soils that have high sand content (30%). Fast moving water carries sand with it. When the water is slowed down by a sand dam, the sand sinks and settles, while the clay and silt move on. The sand stores water behind the dam, which can then be tapped into with wells.
The villages of Mkonze, Chididimo, and Zuzu are the current foci of the MCC project (see Google Earth link above).
Villagers provide labor and rocks, while MCC provides the mason, cement, tools, and transport.
The project started in 2008.
Wikipedia link for sand dam

Other Resources and Websites

Who we are: slideshow

Send email to us.